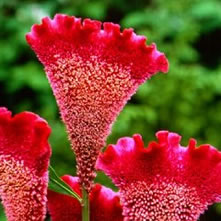 Celosia, (otherwise known as Cockscomb), are a genus of the amaranthus family Amaranthaceae and are native to Africa. The name ‘celosia’ is derived from the Greek word ‘kelos’, meaning ‘fire’. This is because of the plume shaped flowers that resemble a flame in some varieties

Celosia has been used in medicine for the treatment of tapeworm, mouth ulcers and eye problems. The flowers have been used to treat diarrhea, the seeds for chest pains and the leaves for dressing boils and sores.

Celosia grows like a weed and is used as a food source in Indonesia and India.

Celosia, grown commercially for the flower trade is generally available in two forms:

Celosia is available on the wholesale flower markets as a cut flower and is sold in wraps of 10 stems. Stem length varies from 60cm – 80cm depending on the variety and grade required. Celosia ‘brains’ has a tendency to attract mould, so it needs close inspection on delivery. All celosia look great when included in wedding flowers - especially Celosia Spring Green.

You can buy wholesale celosia on our Web-Shop by clicking here.

To get the best from your wholesale cut celosia please read the care instructions below carefully:

Never leave cut flowers in direct sun light, near a radiator, in a draft or near fruit. (The gas used to ripen fruit will harm most flowers). Keep the celosia in a cool place and always keep out of the way of children.

You can buy wholesale celosia on our Web-Shop. 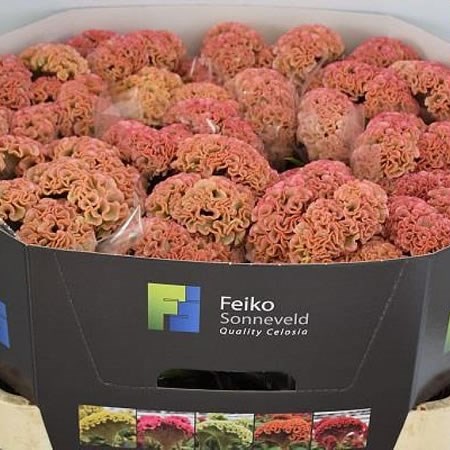 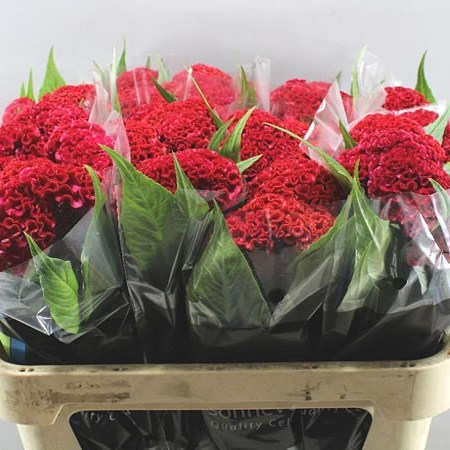