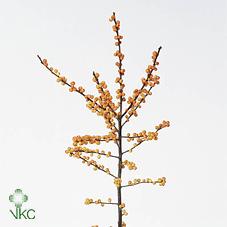 Ilex leaves are deep, glossy green. Ilex berries grow in clusters along the branched stems are no more than 6-7mm in diameter. Ilex berries are an important food source for birds.

Ilex Verticillata is available as a cut flower on the UK wholesale flower markets and is sold in wraps of 20 or 50 stems. Stem lengths vary from 50 – 80cm tall. Another variety of ilex commonly used in floristry as a foliage is called Ilex Blue Prince. Ilex is traditionally used at Christmas time in table arrangements and decorations. Why not try using ilex in winter wedding flower projects - it looks great!

You can buy wholesale ilex on our Web-Shop by clicking here.

To get the best from your wholesale cut ilex please read the care instructions below carefully:

Never leave cut flowers in direct sun light, near a radiator, in a draft or near fruit. (The gas used to ripen fruit will harm most flowers). Keep the ilex in a cool place and always keep out of the way of children.

You can buy wholesale ilex on our Web-Shop. 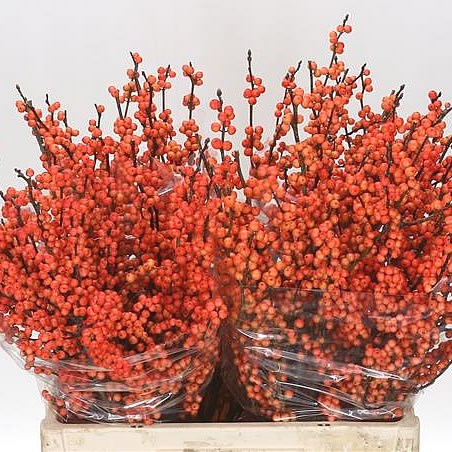 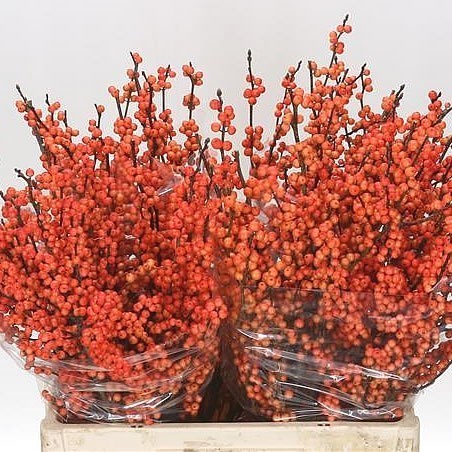