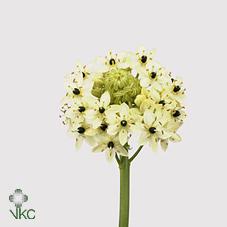 Ornithogalum, (commonly known as Star of Bethlehem), is a genus of the Hyacinthaceae family and is grown from bulb. In cut form it is a popular wedding flower.

Some varieties of ornithogalum are toxic and have been known to kill grazing livestock.

Ornithogalum is available as a cut flower in the wholesale flower markets – the main varieties being:

Ornithogalum Arabicum – available virtually all year round these days. Stem length vary between 60 – 90cm tall and are sold in wholesale wraps of 10 or 20 stems. Ornithogalum Arabicum’s white, star shaped flowers are positioned around a central globe at the top of a single stem.

Ornithogalum Sanderiae (or Sandersonia) – a very similar looking Ornithogalum to Ornithogalum Arabicum and also available year round as a cut flower. Stem lengths vary between 60 – 80cm tall and are sold in wholesale wraps of 10 or 20 stems.

You can buy wholesale ornithogalum on our Web-Shopby clicking here.

To get the best from your wholesale cut ornithogalum please read the care instructions below carefully:

Tip
Always purchase ornithogalum a good two weeks before the intended usage as it takes an age for the flowers to open nicely.

Never leave cut flowers in direct sun light, near a radiator, in a draft or near fruit. (The gas used to ripen fruit will harm most flowers). Keep the ornithogalum in a cool place and always keep out of the way of children.

You can buy wholesale ornithogalum on our Web-Shop. 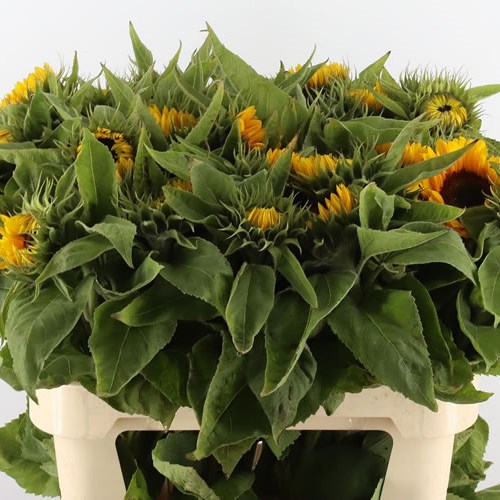