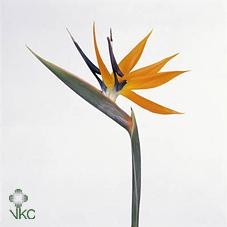 One of the best known tropical flowers in the world, Strelizia, (otherwise known as Bird of Paradise & the Crane Flower because of its resemblance to a birds head), is originally native to South Africa where it grows wild. Strelizia is pollinated by sun birds. There is a hard, beak shaped sheath form which the flower emerges called the 'spathe' - it is placed at right angles to the stem

The flowers emerge from the spathe one at a time and consist of three orange or yellow petals, (depending on variety), and three blue petals. Two of the three blue petals are joined together to form an arrow shape - when the sun birds sit down to drink the nectar, the petals open to cover their feet with pollen.

In the UK, cut strelizia is mainly available grown under glass in Holland, (this usually being the best quality). Strelizia is also available from Israel and Africa. In the wholesale flowermarkets strelizia is usually sold in boxes of 12 or 15 stems at a time with varying stem lengths between 70 and 80cm tall. Strelizia are rarely used in wedding flowers these days.

Strelizia leaves are also available, sold in wraps of 10 stems.

You can buy wholesale strelizia on our Web-Shop by clicking here.

To get the best from your wholesale cut strelizia please read the care instructions below carefully:

Never leave cut flowers in direct sun light, near a radiator, in a draft or near fruit. (The gas used to ripen fruit will harm most flowers). Keep the strelizia in a warm place and always keep out of the way of children.

You can buy wholesale strelizia on our Web-Shop. 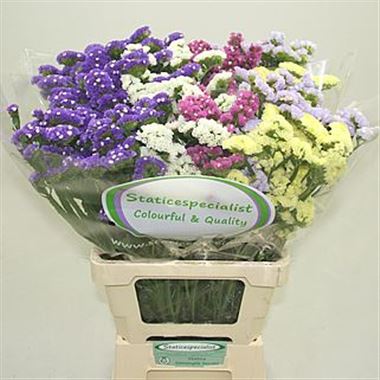 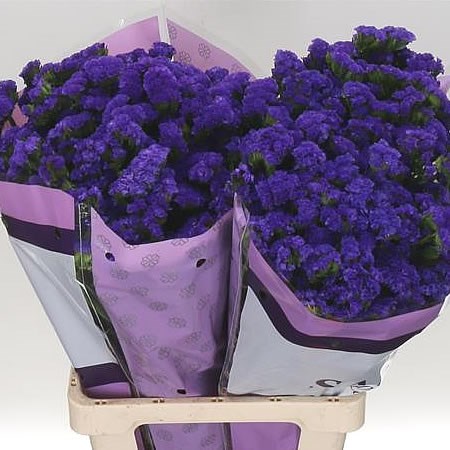